Green laning in the Lake District

Had a fantastic time "off-roading" in the Lake District at the start of December (weekend of the 6th and 7th), on an organised tour with Yorkshire 4x4 Specialists, led by Russell.

It was quite a long drive up from Southampton, but took turns driving with my Dad who accompanied me to share the burden.

The day kicked off by throwing us in the 'deep end', with a very steep rocky technical road up into the mountains. The group consisted of 5 vehicles, 4 Defenders and one Discovery. There were plenty of axle twisters to leave us stranded finely balanced: 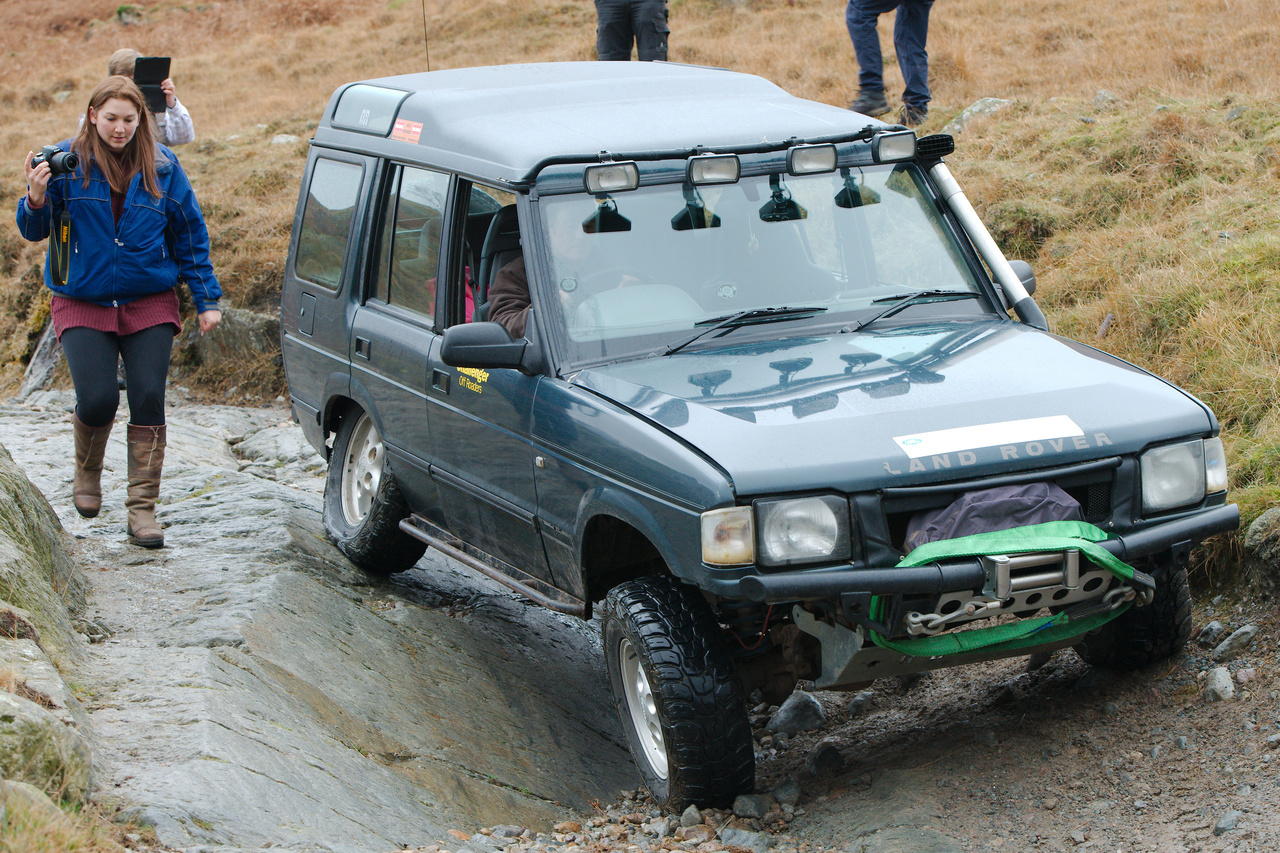 leaving me wondering why my traction control wasn't quite as effective as I had hoped it might be. Diff lockers have become a desirable upgrade...

There was also opportunity to mingle with some of the locals, who looked like they'd seen it all before. 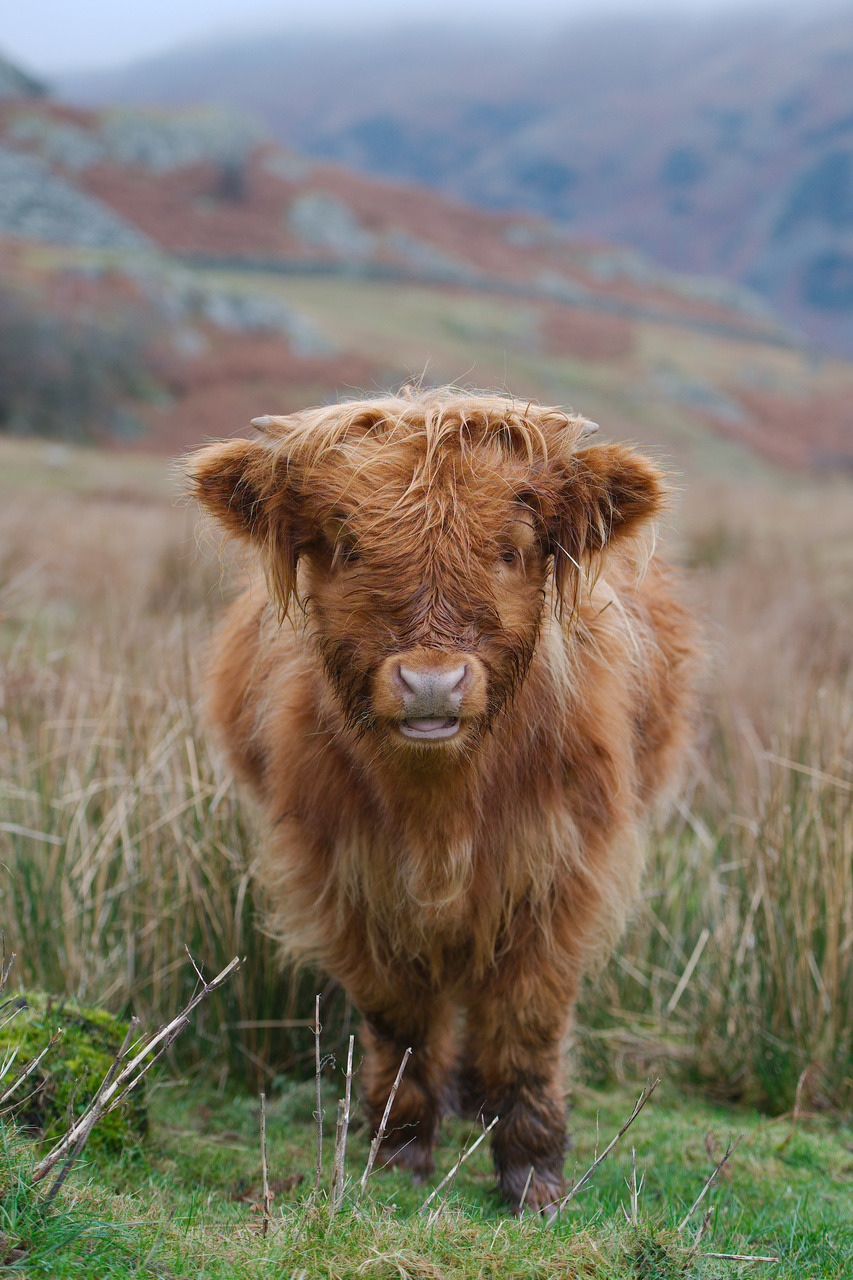 Some of the slopes were incredible steep, with very tight hairpin turns which took several stabs to get round. As usual the camera does a wonderful job of removing the true nature of the gradiant - suffice to say I was pretty concerned about parking my car on it even leaving it in gear with the handbrake full on to take some snaps. 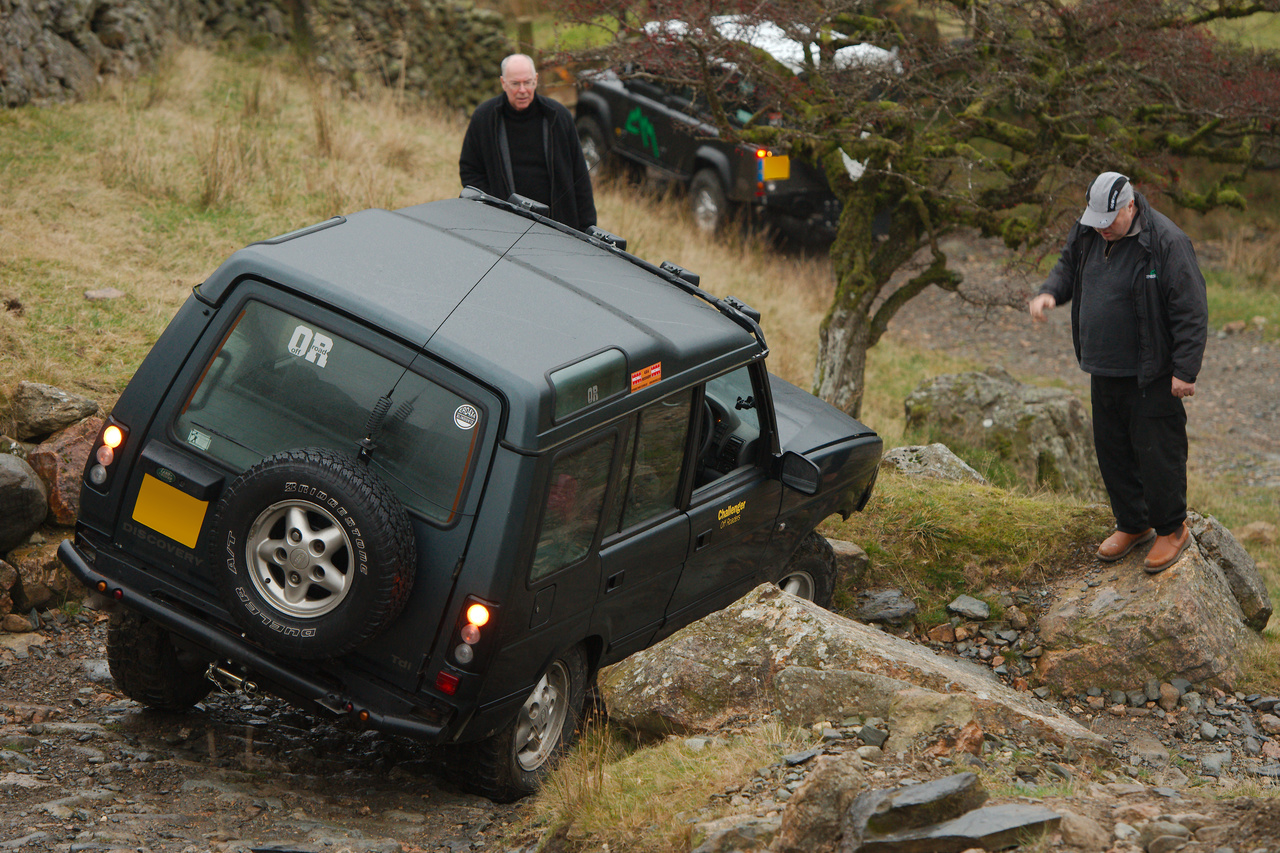 Barny in a very nice Tdci blue 90 was braving the track without traction control, and on road tyres. Lowering the tyre pressures did seem to have a significant effect in increasing traction. 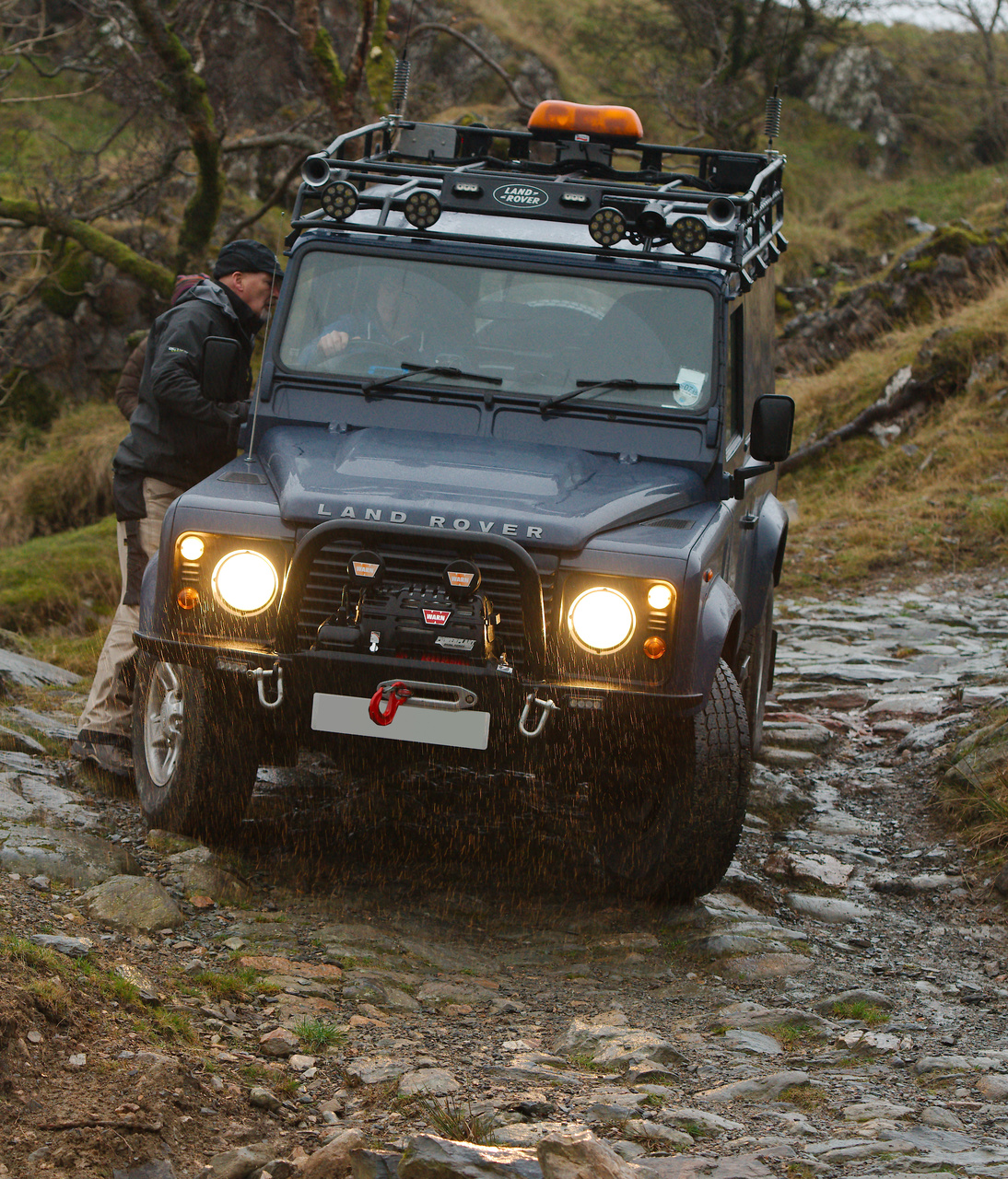 There was a superb well equipped new (14-plate) 110 Tdci, which just breezed over everything all day. Traction control (or the driver, Gary's skill!) made everything look simple. 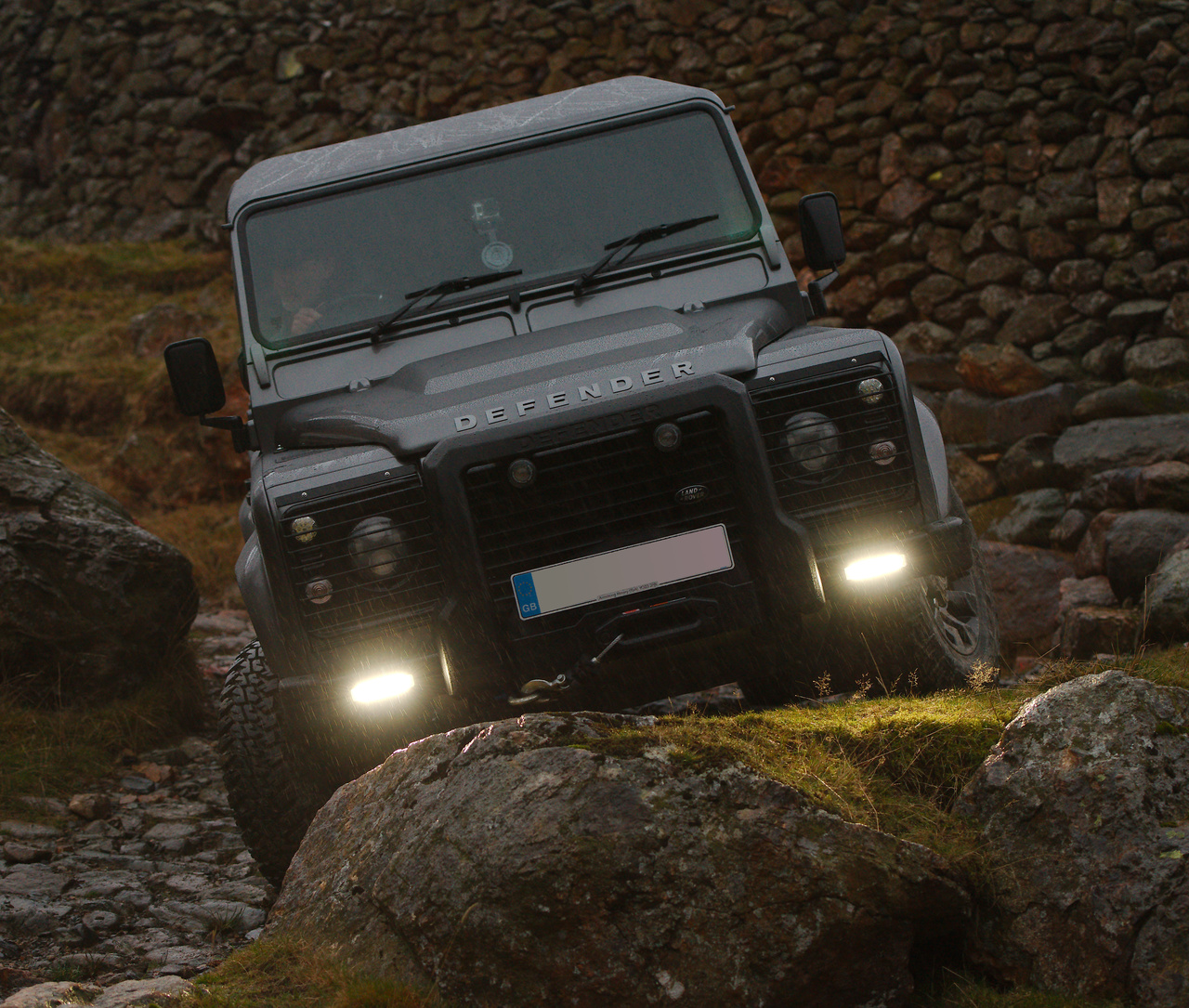 Day 2 started in a pub car park, where we picked up another 90 owner in the convoy, another Td5 like mine, albeit fitted with taller tyres for a bit of extra clearance over the rocks.

The going was a lot easier to begin with, with much better weather than the Saturday. 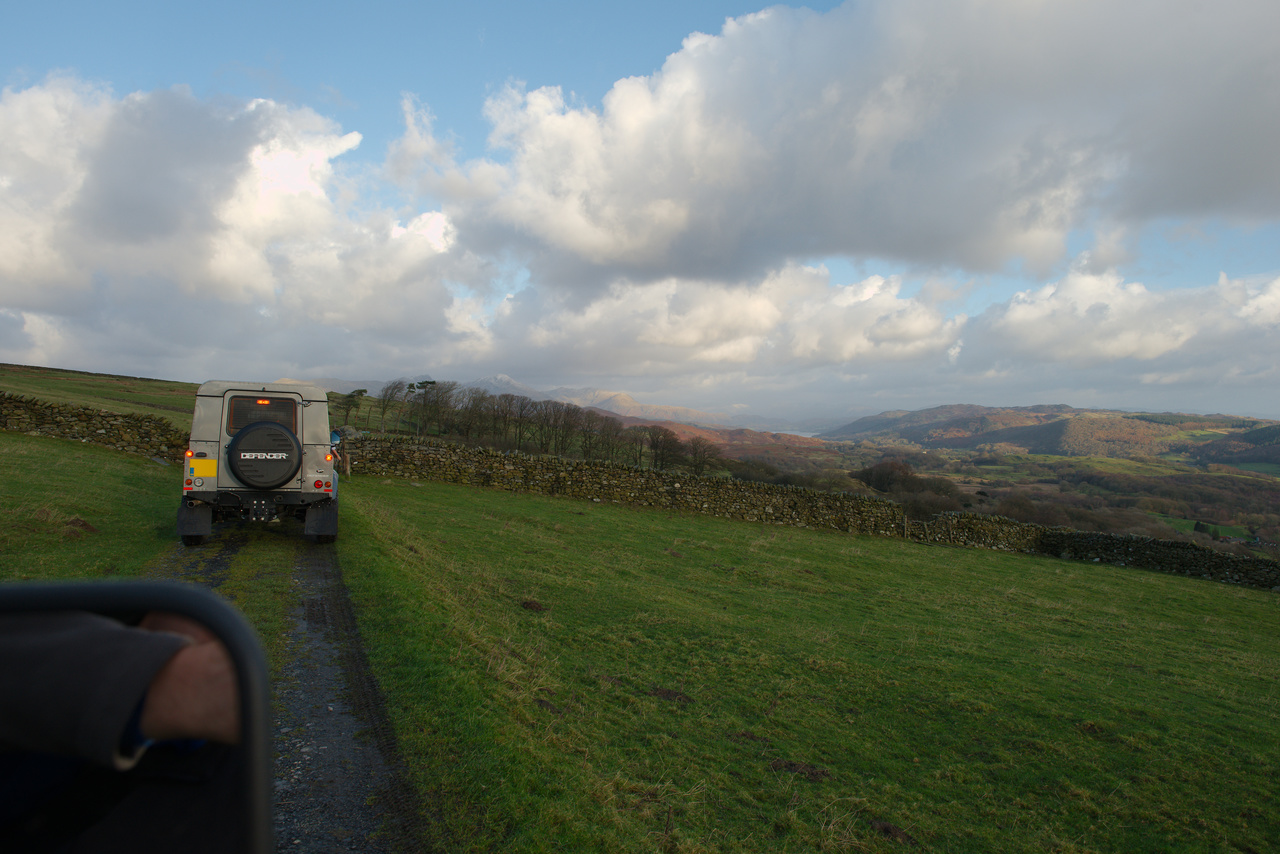 But then things quickly hotted up, with a particularly steep rocky bit causing all sorts of problems even for Russ. Both he and I left this section minus a mudguard, having slid back and ripped them off on the rocks. 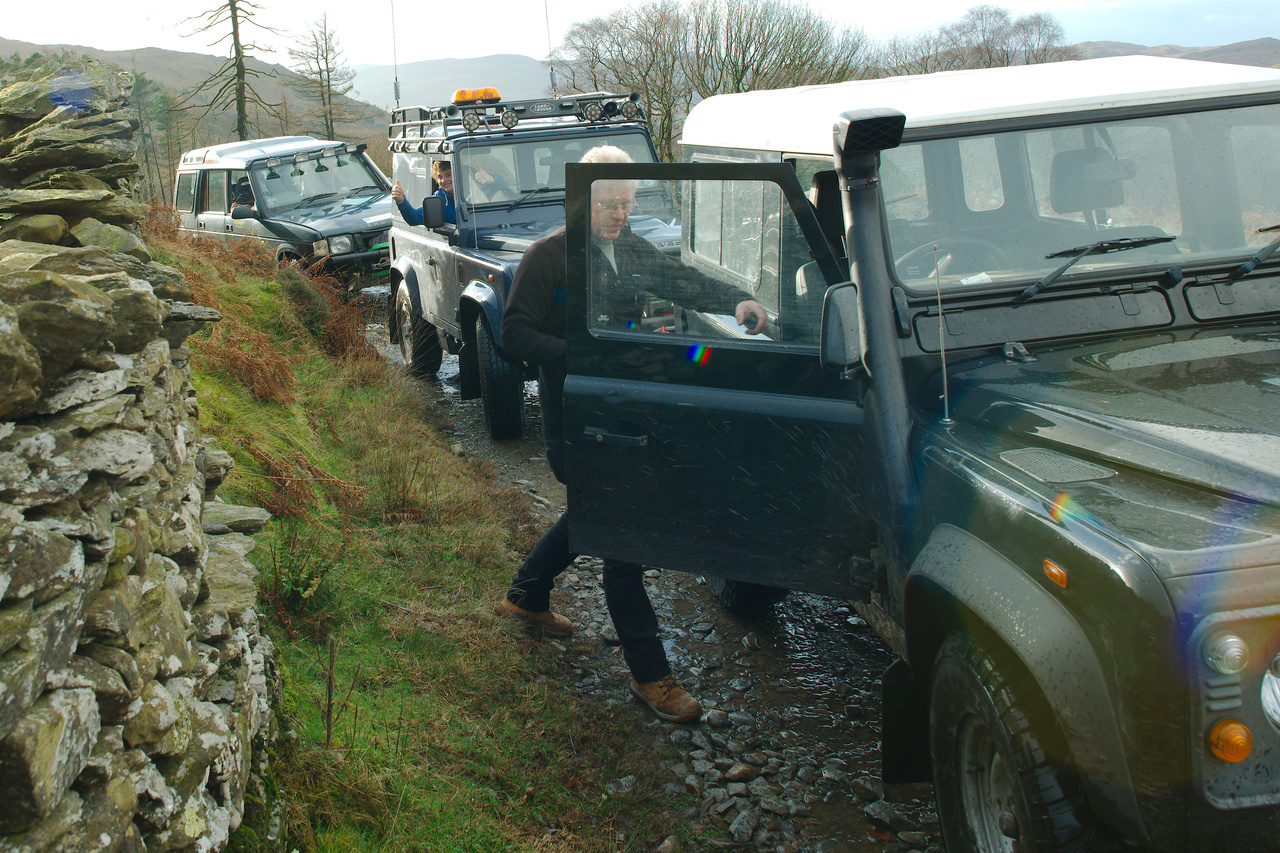 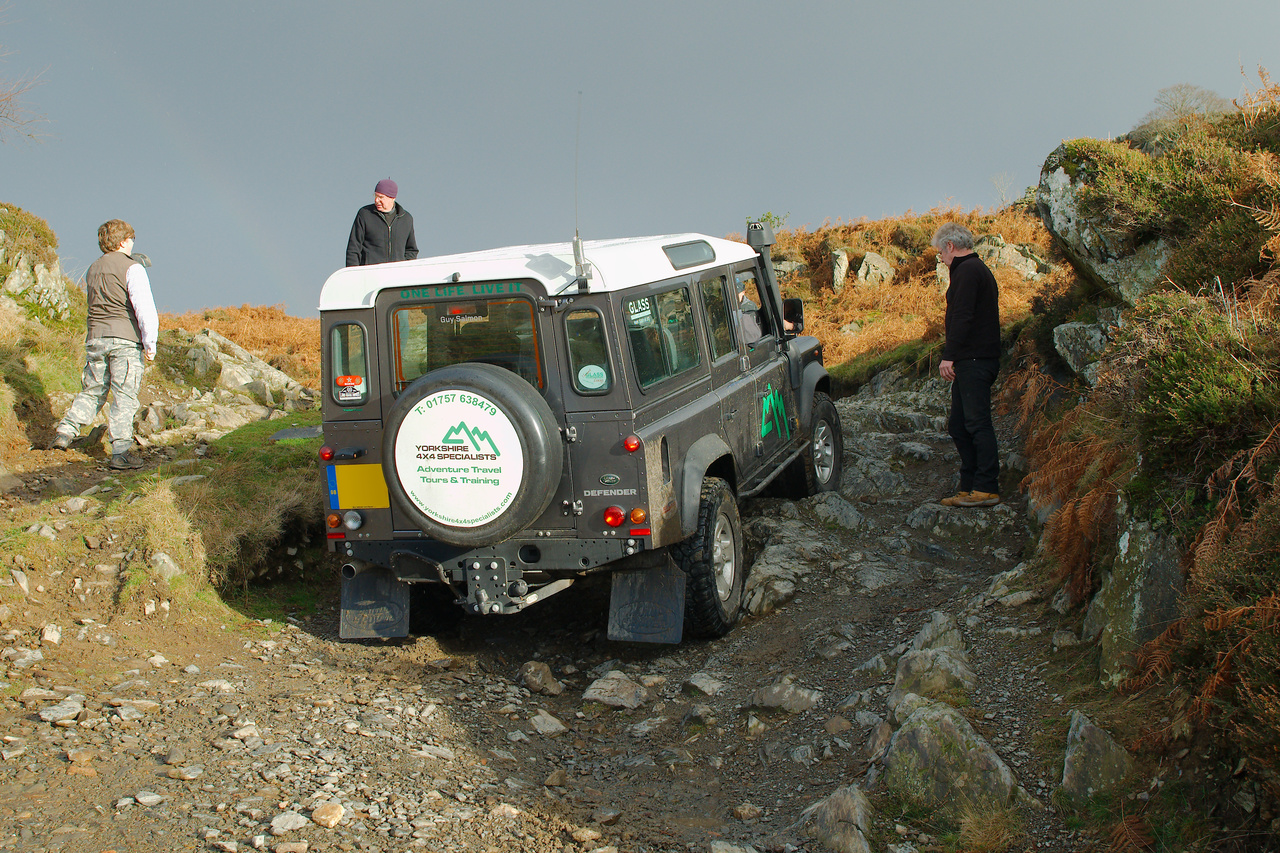 The view from the top of the road was worth it though! 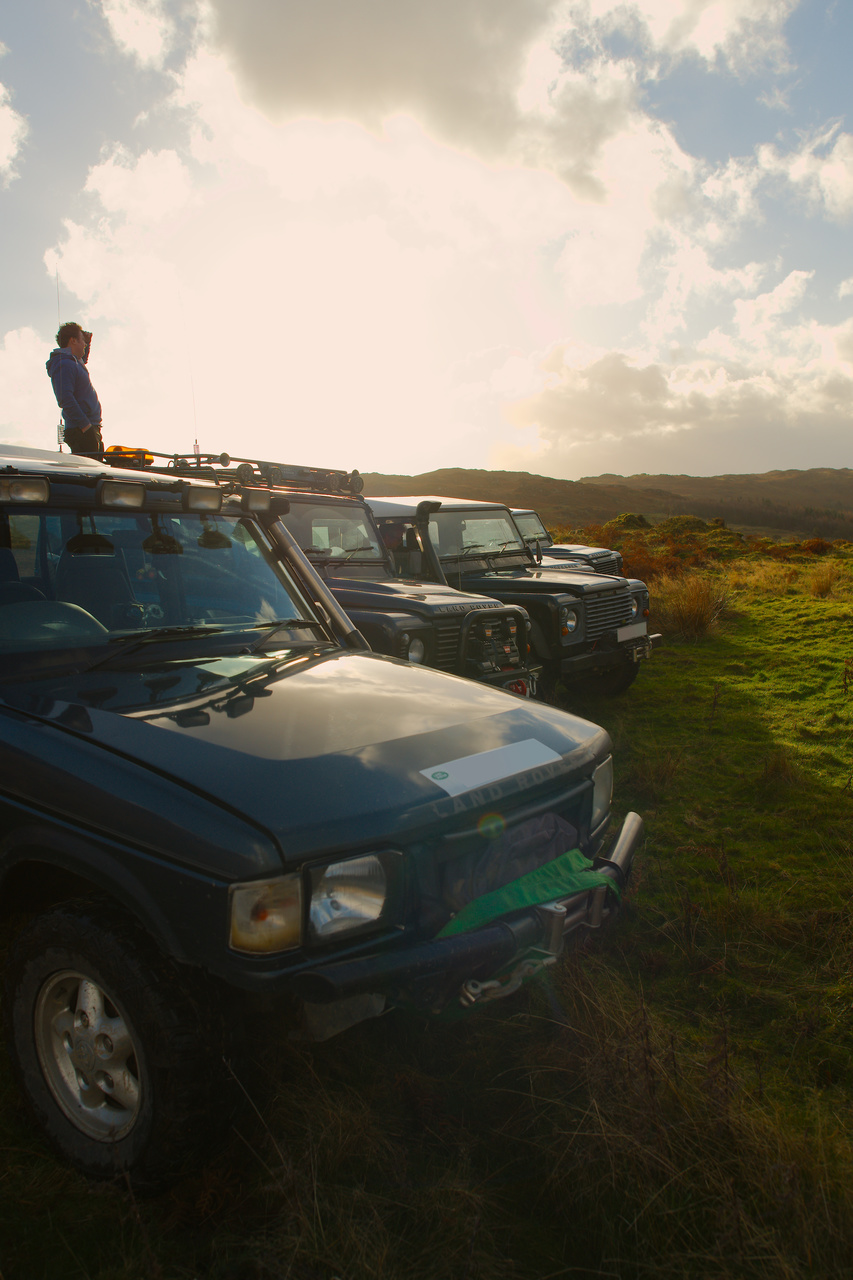 Coming back down the road proved a lot easier, although still took a lot of time. 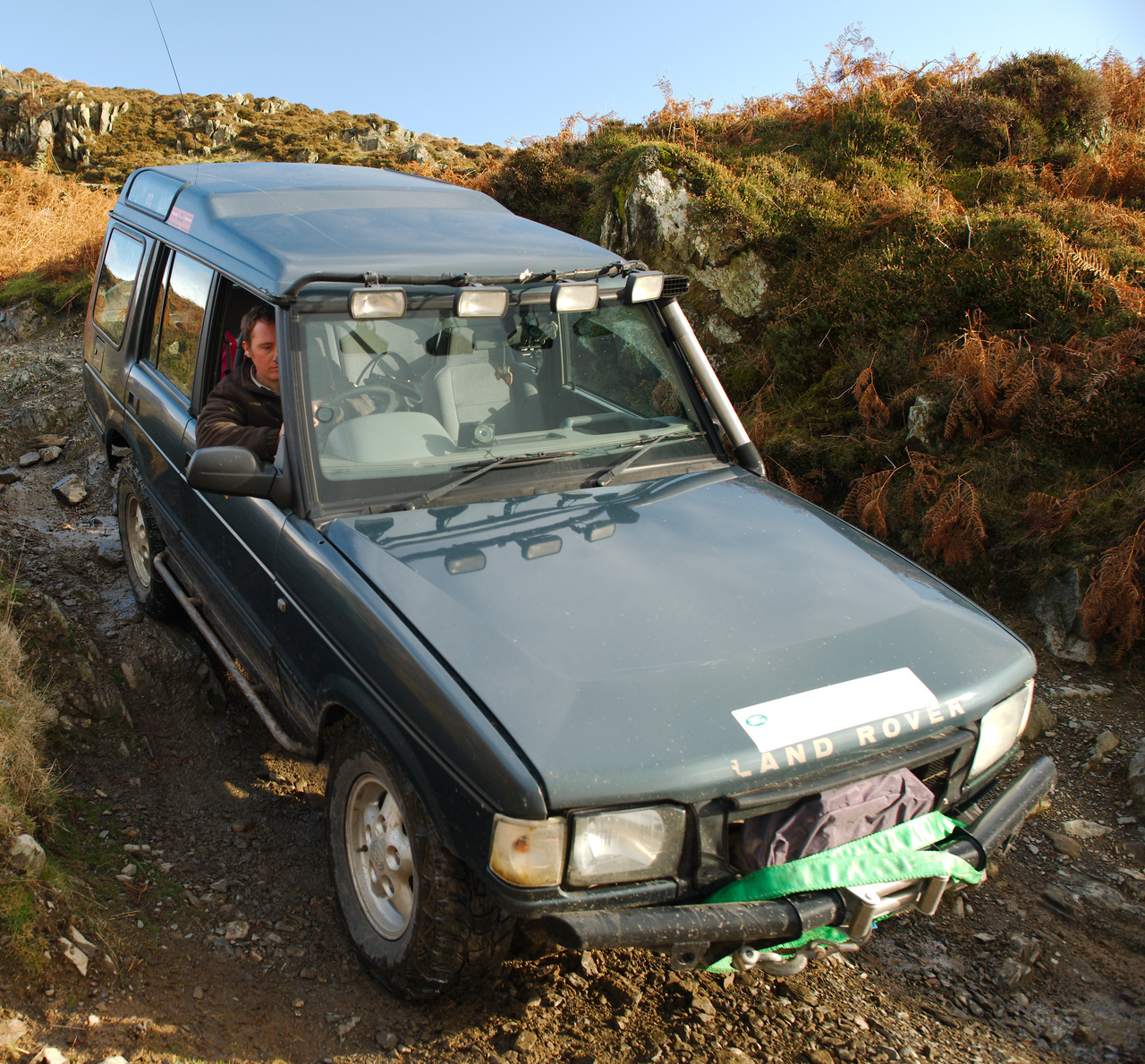 We then moved into Grizedale Forest, where things moved at a much faster pace leaving me little time for snapping. The day ended with a 'wash' in a ford where I failed to follow instructions and crawled through in first gear rather than making a proper bow wave and following its pace. A lesson learnt for next time! 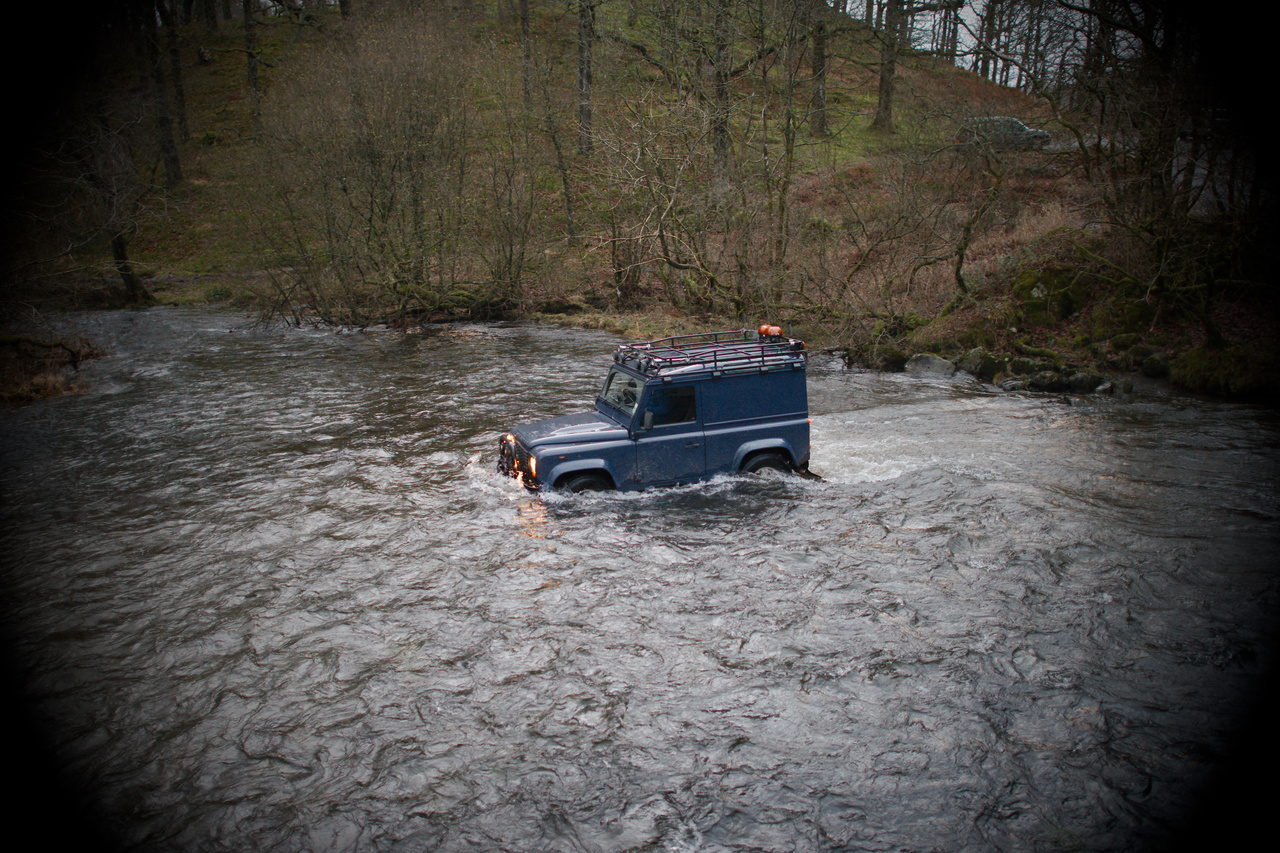 All in all a fantastic time - can't wait to book another trip.