Using one of the MudUK "Mud Pods" I wanted to fit a number of dials to monitor the engine. I might have gone down the road of one of the South African MadMan Monitors if I had known about its full potential, but went with a full set of Croytek VDO gauges, which comprised of:

The rev counter was fitted into the main instrument panel for ease of viewing, the other gauges shuffled along one slot and the clock moved to the Mud Pod.

In order to drill 5 holes I decided a pillar drill was in order - which are surprisingly affordable for the cheap Chinese jobbies which the more enthusiast hobby shops like Axminster sell: 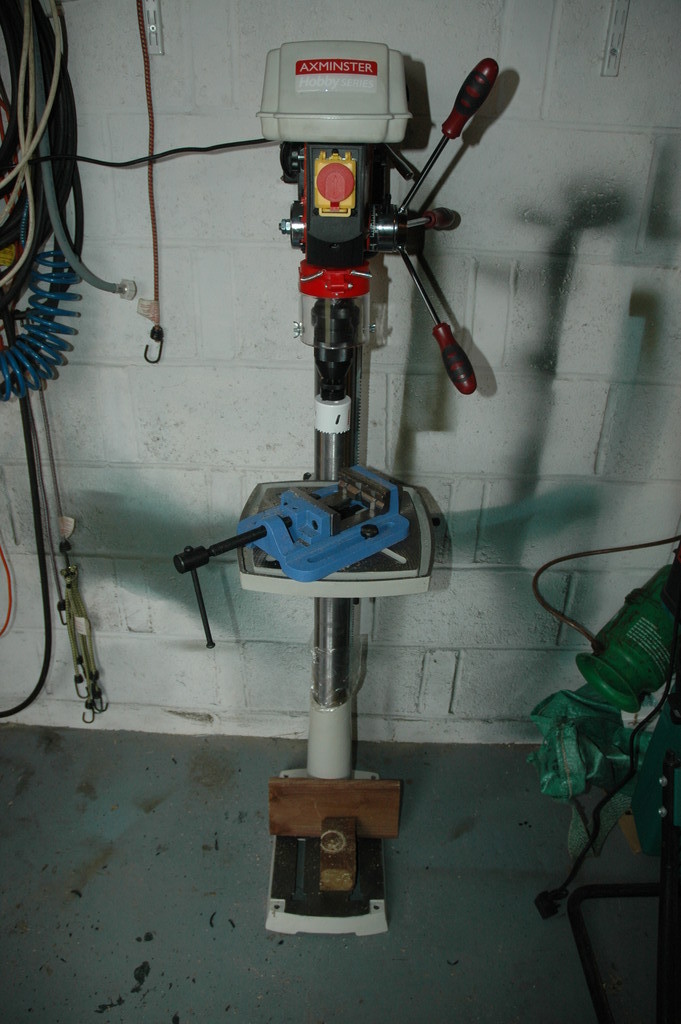 A few back of the envelope calculations later, and I had 5 evenly spaced round holes, ready to accept the gauges. 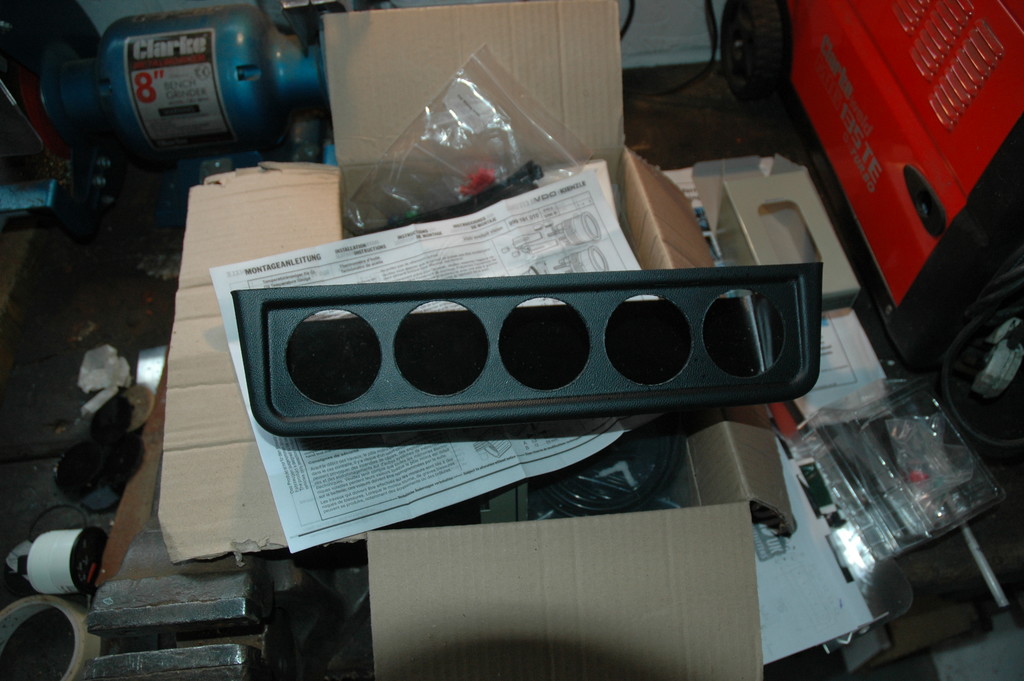 The Mud Pod itself is a moulded plastic unit with a metal baseplate which mounts into the dash top ash tray on the td5. In theory you don't need to screw it down meaning it was totally removeable - but I screwed it as it was a bit too wobbly on the medal folds alone. 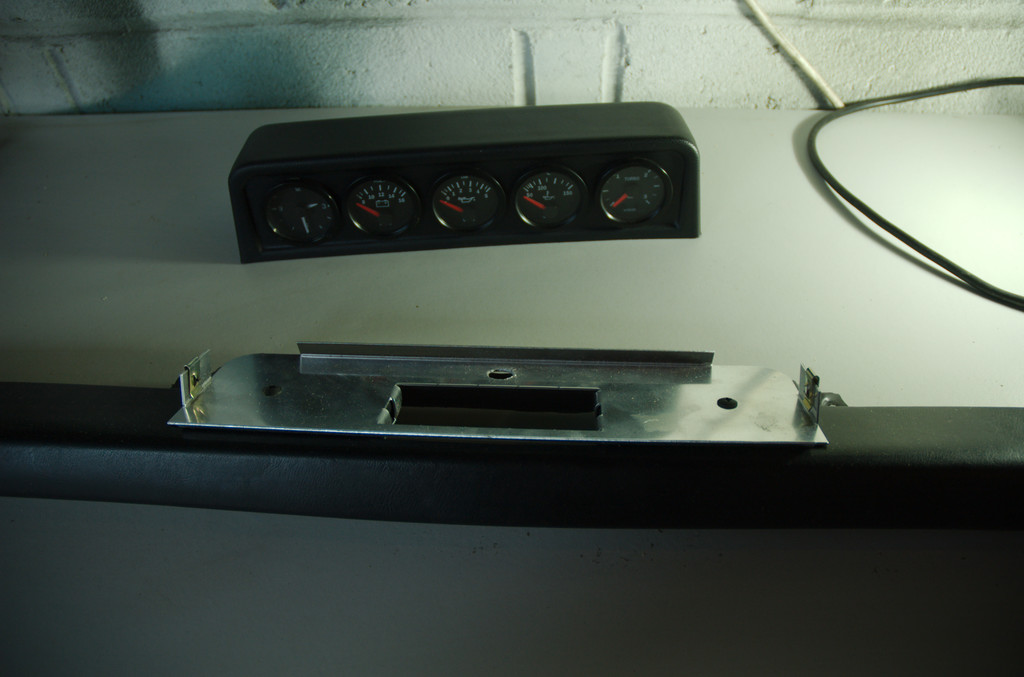 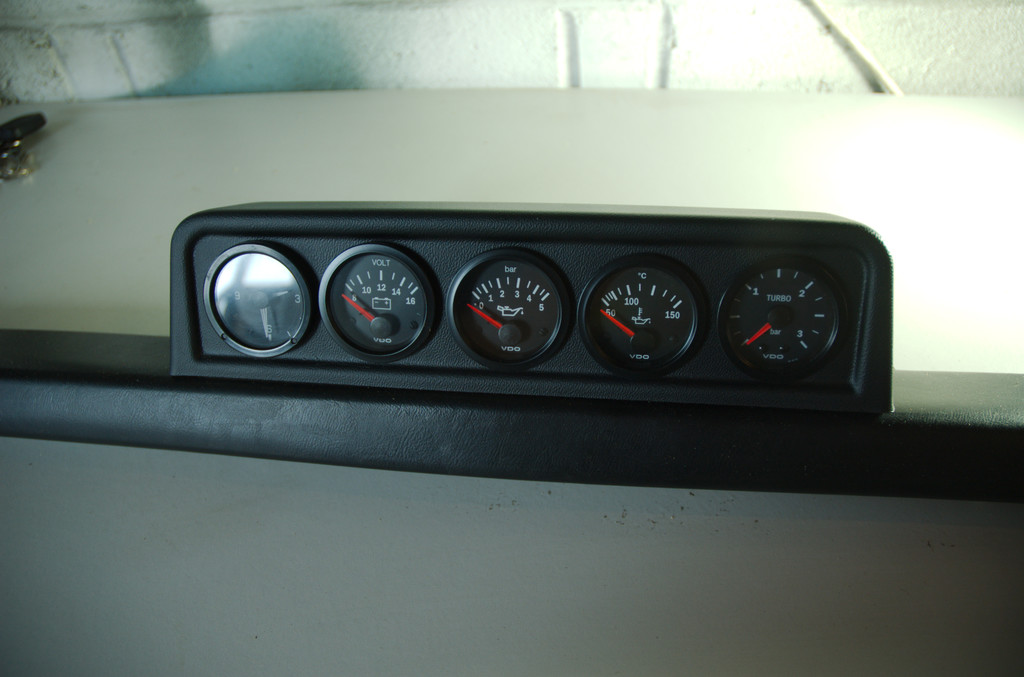 However that is of course only half the battle. Next up was the wiring. I wish I could do neat wiring...

Then feed the necessary wires (and air pipe for the boost gauge) through a plastic tube into the instrument binacle, where it would double round and into the engine bay. 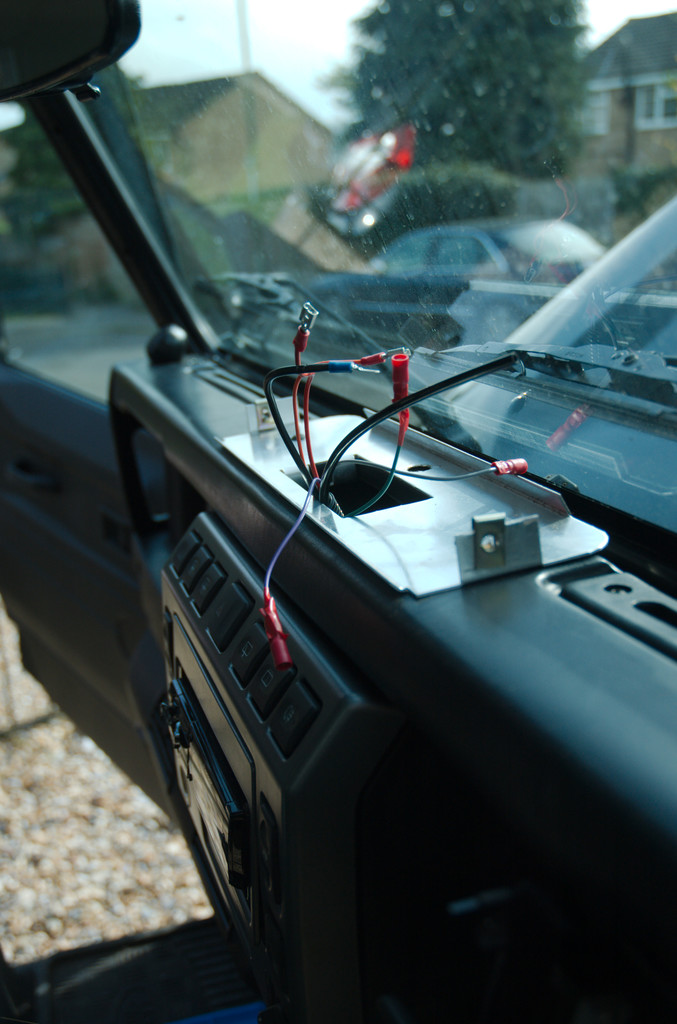 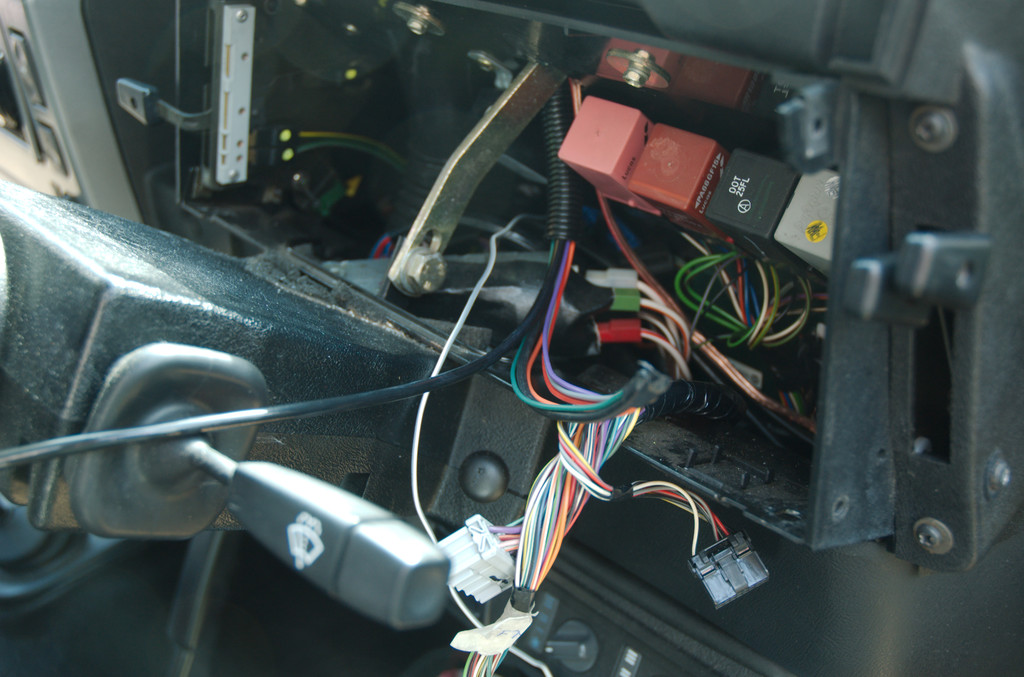 All in all a pretty neat job even if I do say so myself! 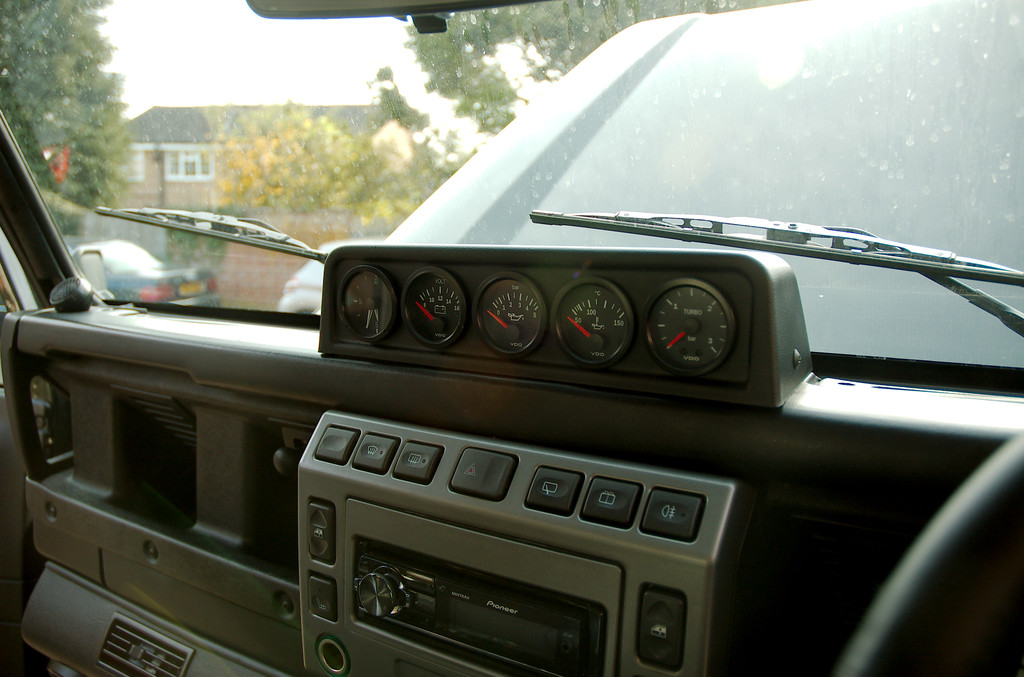 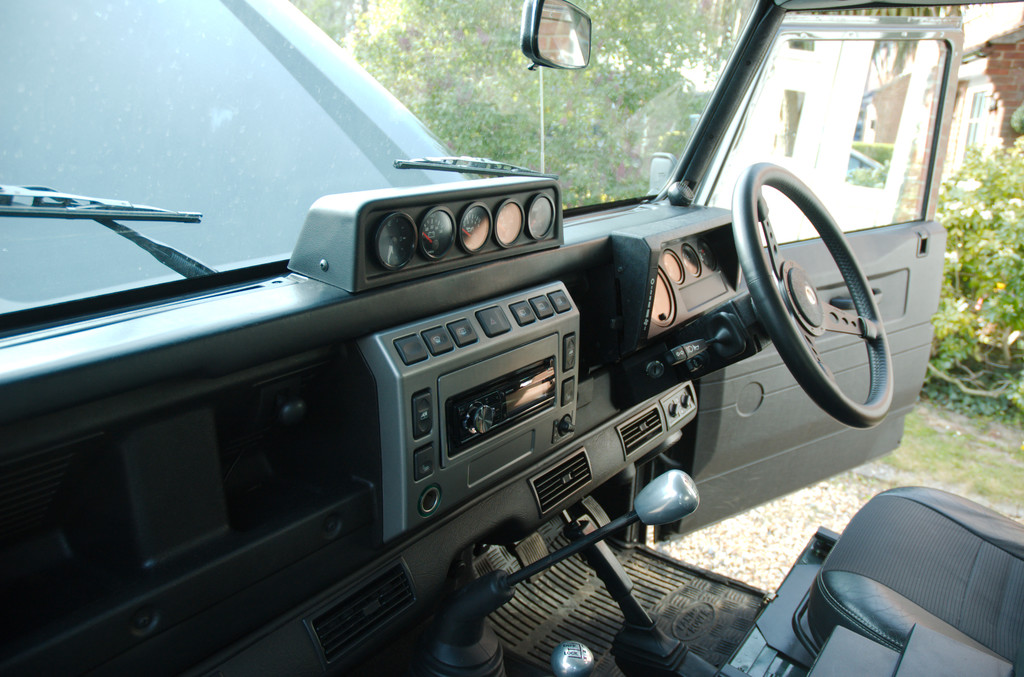 Using green lights (actually the gauges came with white lights which you slip coloured sleeves over - I have since changed these to LEDs) you can get it to match the rest of the instrument panel fairly closely. 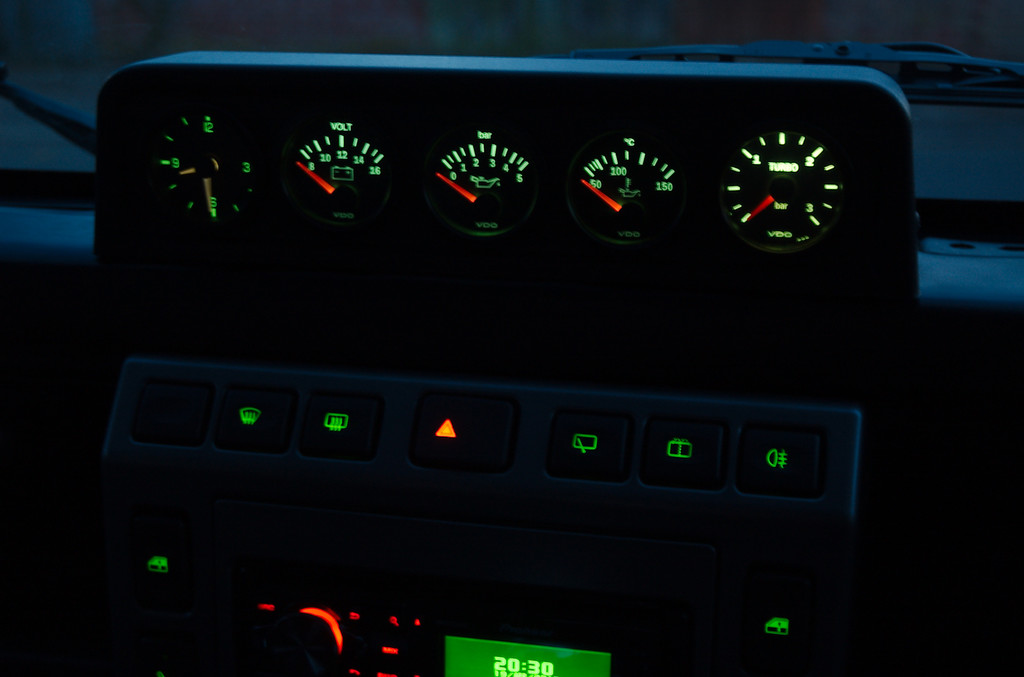 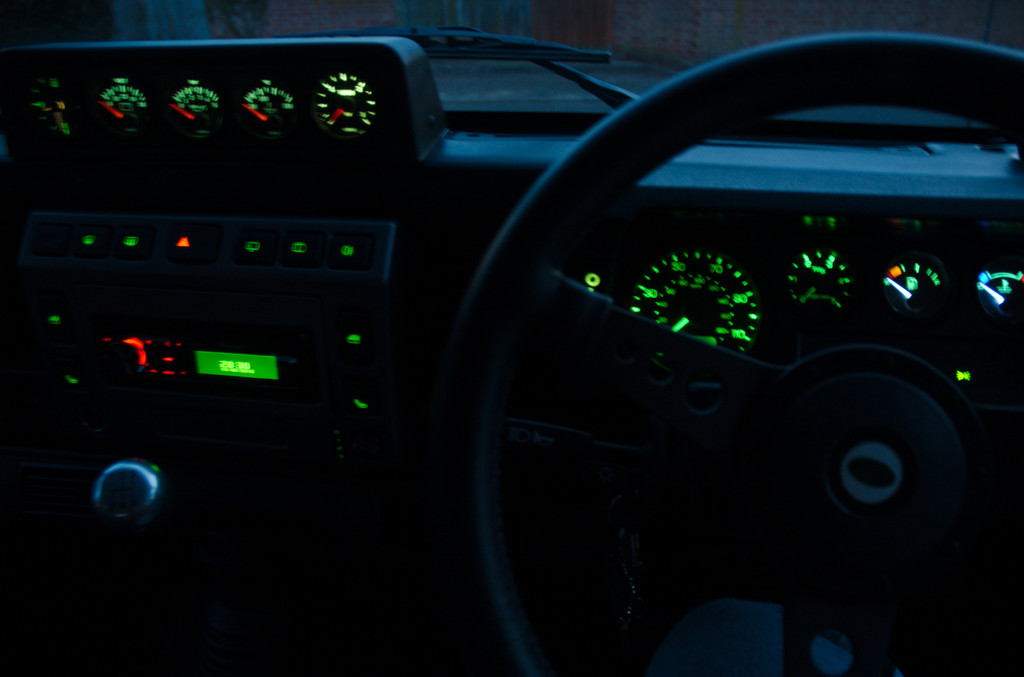 Now having got a voltmeter, its intersting to see that only ~10 volts gets from the battery to the instrument power feed with the engine off. This jumps up to 14 volts once the engine is going - but seeing as the battery is reading the appropriate amount, its another testiment to the poor electricial wiring in the Defender.